You might be thinking that baldness is some whip of modernism and globalism; or some toxic cocktail of these two too. But findings through medical texts dating back to 1550 BC reveal that people there too were applying every foul thing on their scalp to get rid of this sneering monster – from donkey hooves to the fat of hippos. And now, as science advanced, things like minoxidil and finasteride came into use. But the issue came that minoxidil alone was not the solution. And then people came up with more advanced products that target different things related to hair loss, like Patricks hair loss shampoo. These products really do help, but what if one could regrow hair from extreme male pattern baldness? What if those dead ends are opened up again?

The tragedy of Hair loss, DHT, and Hair follicles.

Some sorts of hair loss are hereditary and not much could be done about them except genetic editing. Genome editing is a growing science. Before the scientific revolution, evolution was a nature’s card that it could play anytime based on certain factors. A slight change in the DNA leading to mutations. But now humans have tried their hand on this evolution using science. They are trying to play God, and have been successful in the short term too. Genome editing edits the genetic material by adding, removing, and altering it. By the time it comes to be a reality with the least errors, we have to look somewhere else.

Apart from the hair losses that are hereditary, some occur due to the lifestyle. Our hair growth cycle consists of three phases – the Anagen, the Catagen, and the Telogen. When these cycles work normally a person goes through phases of abundant hair, a little thinning, a little shedding, and then abundant hair again. But sometimes this cycle gets disrupted and DHT barges into the cracks formed. DHT, or Dihydrotestosterone, a hormonal product made from testosterone. Some 10 % of Testosterone gets converted into DHT with the help of the enzyme 5-Alpha Reductase. These divine turned demons then enter the bloodstream and attach itself to the receptors on the hair follicles, telling it to shrink. This is where the current science throws its lasso as for now. Many good shampoos, like Patricks hair loss shampoo, work on factors involving DHT, Alpha 5 reductase, blood circulation, etc.

Where does science move its telescope for hope?

Science has found out that the bald seeming face actually does not go truly bald. The hair follicles still remain alive inside the scalp, just like some grass seeds beneath the soil. Transplants are costly and do not guarantee success in the long run. Apart from it, it is a painful process. Not much research goes into hair issues due to other life-threatening things, like cancer, HIV, etc., taking the share. And it seems reasonable. But Korea and Japan are showing some hope. The cultural difference looks at balding being a sign of criminal or gangster, says Ohsang Kwon, a dermatologist at Seoul National University Hospital. They look at stimulating these dead seeming hair follicles again into being functional. The better option they look at is to make stem cells grow hair follicles from scratch. They then would grow those follicles in huge amounts in the lab and thereafter grafting them on the scalp. The challenges are many, but there is hope still.

Until those blissful years when hair would become the least of the issues, one does have to follow the traditional ways of a healthy diet, massage, yoga, meditation, shampooing, and laughter. Buy now some good hair growth shampoo, some fruits and vegetables, and a book on yoga. 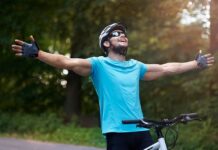 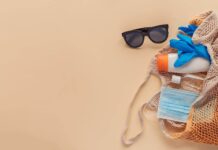 Things to carry when stepping out in summers

10 Ways You Can Help A Friend Fighting A Drug Addiction...

How to Prevent Common Eye Problems?

The Role And Importance Of Eating Healthy In Overcoming Addiction And...