Lymphoma is the fifth most common cancer in Canada and the most common one among adolescents and young adults aged 15 to 29. It is also the third most common among children up to age fourteen. Too often, the disease is not treated in a timely manner, as many patients are misdiagnosed because the symptoms are similar to the common flu and other illnesses.

We can, however, change lives by assisting people in receiving a timely lymphoma diagnosis and ensuring they have access to the best care and treatment.

One such individual who had an overwhelming experience is Larry who was diagnosed early in 2020. And with new lymphoma cases on the rise, there is a need to create awareness and donate to Canadian lymphoma research to ensure the well-being of Canadians like Larry.

With your support, patients won’t have to deal with this disease on their own. This is your chance to get involved and improve the living conditions of those suffering by getting and giving support.

Keep reading to find out more about Larry’s journey to understand the importance of donating to Canadian lymphoma research.

When you donate to Canadian lymphoma research, your gift won’t just make a difference to one person. In fact, it will go a long way towards enabling medical advances that may prevent, treat, and eventually cure individuals across Canada and the world.

To understand why this is such an important investment, read about Larry’s experience with the disease.

The global COVID-19 pandemic began early in 2020. That is when Larry began experiencing lethargy and exhaustion along with night sweats and unexplained fevers. Just as anyone would, he thought he might have COVID. However, this was not the case.

In February, he started experiencing new symptoms where his joints stiffened and became painful. He also noticed his ankles starting to swell. Most frightening of all, he was losing weight inexplicably and rapidly. Over the next few months, there were no improvements.

It was in July that his wife, who had a background in healthcare, convinced Larry to visit a medical clinic for a proper diagnosis. Upon examination, the doctor found a lump in Larry’s groin and recommended an immediate follow-up, referring him to an oncologist/hematologist.

After a few diagnostic tests, the doctor diagnosed Larry with low-grade B-cell lymphoma. After the initial diagnosis, it took Larry a while to come to terms with the fact that he had cancer. He was in disbelief. He also saw other specialists who ran more tests and scans. It was then that it began to sink in that he had lymphoma. He had worked in horse racing for a long time, and lymphoma affects horses as well, so he was already somewhat aware of the disease.

Larry began learning more about the type of lymphoma he had to better understand what his journey might look like, so he could advocate for himself. It was in June of 2021 that Larry began radiotherapy treatment. While he did not experience any side effects initially, after some time he noticed swelling in his legs as a result of the intense radiation sessions. Due to this, he had to start wearing compression stockings and noticed his movement and mobility becoming limited along with experiencing leg cramps. As a result of these side effects, he had to change his lifestyle significantly, which further impacted his quality of life. He used to be an active individual and regularly went on long walks but could no longer do so. This was one of the most difficult things for him to come to terms with.

Regardless of the struggles he faced, Larry adapted to his diagnosis and treatment. He also focused more on one of his passions, horse racing, and launched a radio show on horse racing called Ponies 24-7: THE RADIO MAGAZINE. From the time he was diagnosed to undergoing treatment, he had the support of his loved ones.

He also found comfort by reaching out to Lymphoma Canada. This organization helped alleviate his fears by educating him about his disease with patient guides, support groups, conferences, and educational webinars. This is why Larry, like many others, encourages others suffering from the disease to reach out to Lymphoma Canada. This is the only organization in the country focused solely on lymphoma, both Hodgkin and non-Hodgkin.

As you can see, just like it was for Larry, the right diagnosis and treatment are necessary for other possible lymphoma patients. By donating to Canadian lymphoma research, you are helping in the identification of new and improved treatment options. And by joining the lymphoma community in Canada, you will be gifting funds for lymphoma research. This has the potential to bring about improvements in health systems, healthcare, and outcomes for lymphoma patients.

So, this holiday season, encourage family and friends to make a generous donation to a good cause and show their support for Canadian lymphoma research. 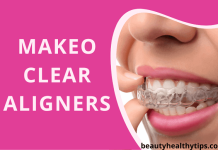 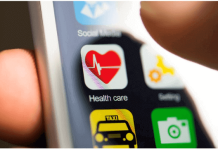 5 Self-Care Gifts to Pamper Yourself With